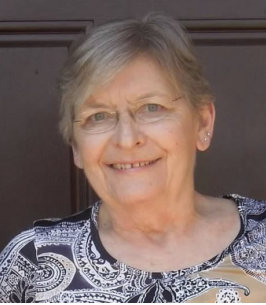 Joanne Workman (nee Porter), 79, of Vermilion, OH, passed away on Saturday, April 23, 2022 at St. Elizabeth Hospice Center in Edgewood, KY. She recently moved to KY to be near family.
She was born February 19, 1943 in Dudley, PA to Harry and Mary Porter. Joanne had been a Vermilion resident for over 54 years.
Joanne graduated in 1961 from Saxton Liberty High School. Married the love of her life, Dave, June 4, 1966.
Joanne was a Life Member of Amvets Aux Post 22, Vermilion, she was also the Post 1st lady of the Department of Ohio Amvets in 1978-1979. She was a charter member of the International Brother Hood of Electrical Engineers, retired from Lithonia Down Lighting after 15 years in 2005, where she served as a union rep and IBEW. She was proud to be raised as a coal miner’s daughter from Pennsylvania. She loved watching football, especially the Steelers. Joanne was a state licensed soccer coach, she coached youth and played on the adult team as well. She served on the Vermilion Park Board for many years. She enjoyed watching her boys wrestle, loved country music, loved her cats and was a huge supporter of the military as most of her family served throughout the years. Her grandkids were her pride and joy.
She is survived by her husband of 55 years, David F. Workman Sr: Sons, Frank (Tina) Workman of Union, KY, RH Workman of Mt. Washington, KY: granddaughter Merisa and grandson Kai: many nieces and nephews, cousins: Ruthann (Jesse) Campbell, Gary (Janice) McCue and close family friends, especially Rena and David Lee & Rachel and Ariana Ortega.
She was preceded in death by her parents Harry and Mary (nee McCue) Porter, her brothers Jim Porter (2013) and Billy Porter (2016). Brother in-laws, Allie Eichelberger, Jim Mort and John Kifer, sister in-laws, Cheryl Porter and Betty Ruth Kifer.
Following the wishes of Joanne there will not be a funeral service at this time. There will be a celebration of life, in the future, date and time TBD.
Online condolences may be expressed at SerenityFuneralCare.com