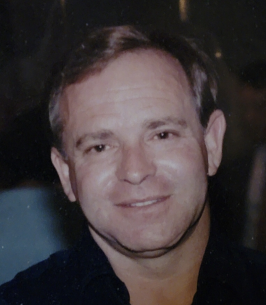 David T. Tillett, 76, of Elsmere, KY, passed away peacefully on Tuesday, May 17, 2022, at his home, surrounded by his loving family. Born in Cincinnati, OH on December 14, 1945, he was the son of the late Francis and Stanley Tillett Sr. David was a 1964 graduate of Pendleton County High School. He then went on to proudly serve with the Boone County Police force for 10 years before his retirement and was a lifetime member of the F.O.P. Boone Lodge 046. David enjoyed fishing, tinkering with lawnmowers and playing video Poker. He loved to spend time with his family, especially his grandchildren. In addition to his parents, David was preceded in death by his son: Davey R. Tillett; brothers: Richard Tillett and Phillip Tillet and sisters: Betty Walls and Joan Donahue. David is survived by his beloved wife of 34 years: Anna Tillett; daughters: Deanna (Chad) O’Meara and Stephanie (Steve) Kelly; brothers: Stanley “Mickey” (Gloria) Tillett Jr., Rev. Paul Tillett and Bill Tillett; 8 grandchildren and numerous nieces and nephews. Services will be held on Sunday, June 12, 2022 from 2:00 P.M. until 6:00 P.M. at the Boone County Historic Courthouse, Main Floor, 2950 Washington Street, Burlington, KY 41005. Online condolences to the family may be expressed on Facebook or at SerenityFuneralCare.com