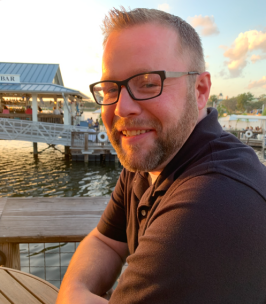 Christopher Jefferey Watkins, 37, of Columbus, OH, passed away on Thursday, March 17, 2022. Born in Florence, KY, on March 12, 1985, he was the son of the late Mitchell and Lora Watkins. Christopher enjoyed fishing, watching movies, and playing with his dogs. He was an avid card player and loved playing Poker. In addition to his parents, Christopher was preceded in death by his brother: Nicolas Watkins. Christopher is survived by his son: Benjamin (Ellen Hobbs) Huth; daughters: Christie Watkins and Paisley Watkins; brothers: Mitchell Watkins, Anthony Watkins, Matthew Watkins and Jonathan Watkins and sister: Virginia Watkins. A Visitation will be held on Monday, April 18, 2022, from 1:00 P.M. until the Memorial Service at 2:00 P.M. Online condolences may be expressed no Facebook or at SerenityFuneralCare.com